I write non-fiction Christian books and have met some wonderful fellow Christian authors.  Those that like my writing style have requested me to write Christian fiction as well. All I have done for years is taught and preach the Word of God and this is the reason it is such an easy endeavor to write non-fiction. For my mind to wrap around the fiction concept would take some work. I have contemplated the idea and who knows that one day there may be fiction books by Daniel W. Evans.

When I was in school I hated writing because I printed so small and very neat, but it was not just my printing style that caused me to hate writing so badly. I used college ruled paper that had more lines on a sheet than the standard size school paper that everyone else used. When we were asked to write essays of so many sheets of paper I ended up writing more because of the neat printing and the sheets of paper with more lines. During my school years it was not a certain amount of words to write, but all papers were requested to be in a certain number of sheets. Isn't it strange how a habit of printing so small and neat on paper with more lines could not be broken? I could not break my habit of printing so small and neat or from using the college ruled paper. Not saying that is a bad thing! It took me more time to write papers because it had to be very neat and I had more lines to fill up on my college ruled paper.

Hopefully, you now understand how I arrived at the point of hating to write. School papers had done me in! I had gone for years without having to write anything. Even when I took classes from Liberty University, the writing requirements were minimal. Then in 2002 the Lord asked me to do something that initially I thought wasn't Him at all. He asked me to start writing a monthly letter in my ministry and send it to all my partners. It wasn't an immediate yes, but I knew I did not want to say no. I thought on this and prayed, but I did not receive a response. The Lord had already spoken and did not need to speak again. I knew this and also knew how the Lord has to deal with me concerning things He desires for me to do, especially those things that release me from myself. He desired for me to break out of my box of writing hate. It wasn't long at all that I yielded up the human spirit and said, "OK Lord, let me at it!"

I finally sat down with pen and paper in hand and wrote down my thoughts that varied from my testimony to why is there a moon. As I was busy writing my thoughts, a thought came to mind that instantly caused impulses to be sent to my hand and fingers to write. My hand immediately, with the speed of light, wrote my last thought on paper. The thought went like this: you don't have to write by hand, you can type on the computer. At this point I could strongly sense the joy of the Lord as my strength. I realized that I could be able to write those letters each month and the Lord has shown me how I could do it. Up till now the only thing I ever wrote was a few notes on the subjects I was going to teach or preach. The only other things I wrote outside of speaking notes were birthday cards, Christmas cards, and other special occasion cards. My writing skills were limited to notes and cards.

When I read the note that was beaming like the bright penetrating light of a lighthouse, on a dark and foggy night, I could sense hope as another confirmation that I would be able to write those monthly letters. The note itself was the first confirmation, because God already knew I could write the letters when He asked me to do so. I started writing and the first letter was a little less than half of a page. For the next six months the letters ranged from half a page to about three quarters of a page. Then the letters started increasing to a full page and then to a page and a half. It wasn't long after this that the monthly letters were ranging from two to four pages. Subjects came easy and the writing seemed to flow. After about two to three years, I noticed my writing skills developed in the areas of punctuation and grammar. It actually became fun to write! I never thought I would say the words fun and write in the same sentence. During this process of developing my writing skills, I began to type every sermon and lesson that I spoke on. I now have a monstrous heap of outlines and complete typed out lessons in my master pile.

Little did I know what God's plan was, but He had a better one for me. Something I would have never thought crawled into my lap of many responsibilities. In 2007 I was requested by my home church to write a 21-day structured fasting plan for our yearly fast. It actually turned out to be a book instead of just a plan.  The plan was written, printed, and distributed for us to start our fast 21-days before Easter. During the fast the Lord spoke to me to have it published for the benefit of others as well. After the fast I set out to do what the Lord requested of me, and I wrote a total of fifteen prayer and fasting guides. As time went on I wrote a book on a message I preached in my home church. Recently I wrote another book that is now waiting to be introduced to a Publisher. From the written fasting plan at my home church to the last book I wrote has been since 2008. Since then I have written twenty books and I really like writing.

Hindsight is 20/20, as they say. Looking back I would not have known what the Lord's plan was, but He knew what He desired for me and what I was able to do. If the decision had been left up to me to write or not, the answer would be a definite and unmistakably, NO! I am so glad God knows how to lovingly and patiently mold us into the vessels He desires for us to be. I am an author, but have much more work to do to build my platform of being a well-known author. As I see it, God is working on that too! I will wait on Him and in the meantime, keep writing and doing what He requests of me. Blessings upon every seasoned author and to those of us who are working at being seasoned!

Daniel resides with his wife and younger son in the Raleigh/Durham area of North Carolina. They have a daughter and another son that are married with children living in North Carolina as well.

About Daniel Evans the Author 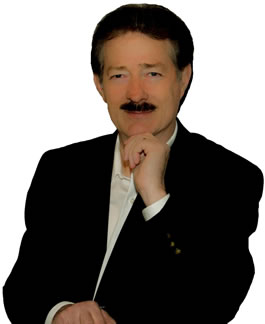 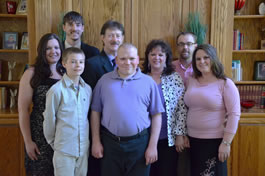 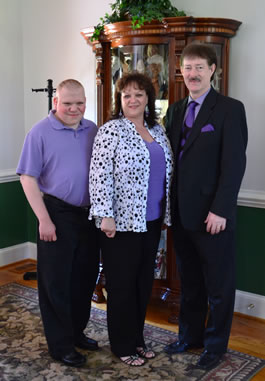 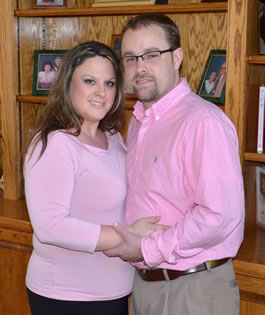 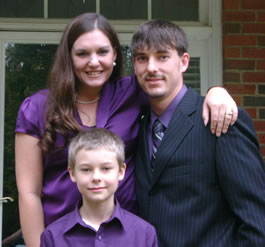 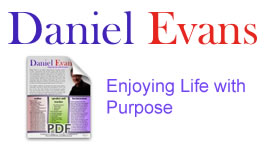 Download or print a flyer that explains what Daniel does as an author, businessman and minister ...